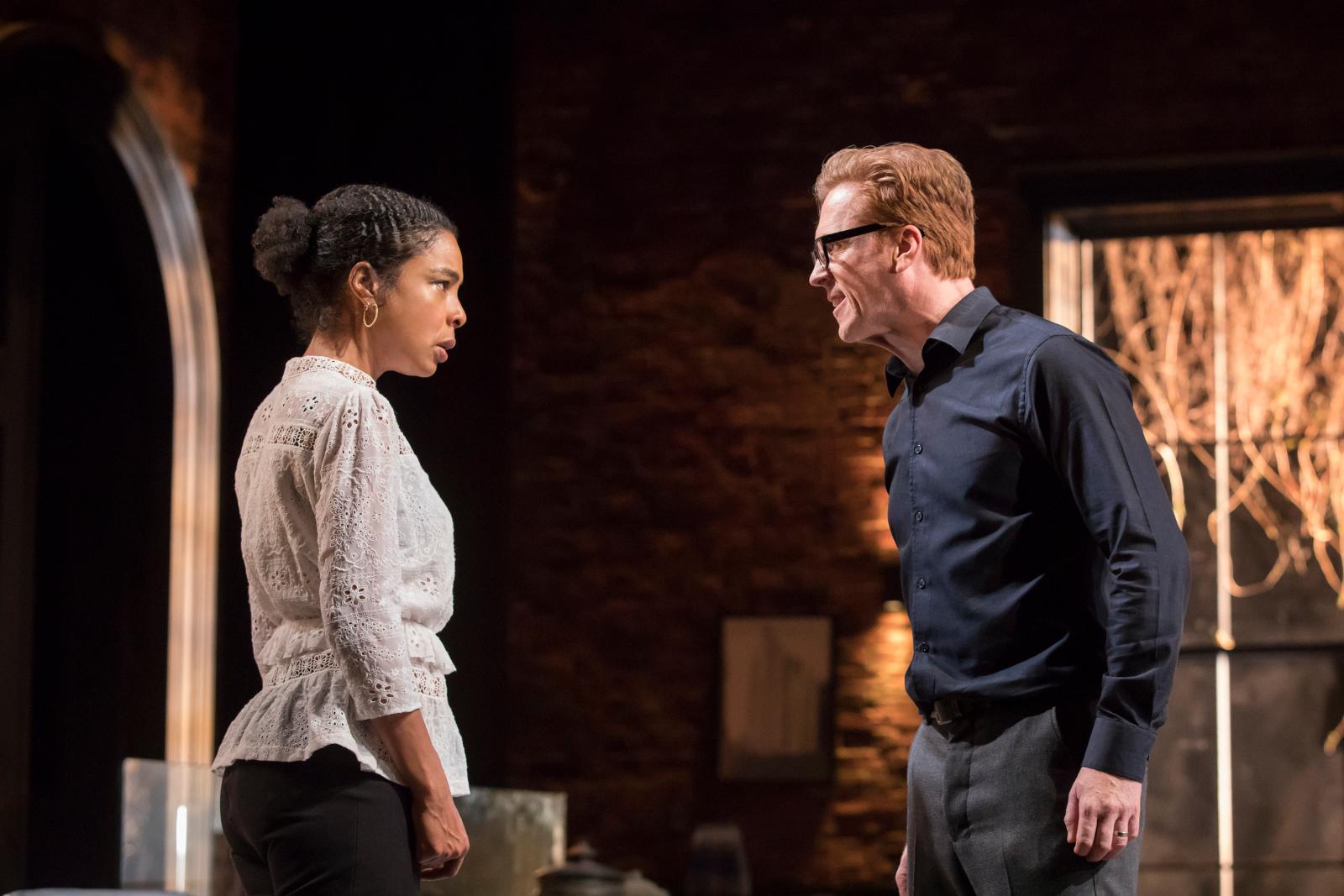 Edward Albee died last year, and in the predictably cyclical way these things tend to work, West End producers were suddenly reminded of wonderful a playwright he was and scrambled to put on his plays once more. The Goat or Who is Sylvia is one such play and stars Homeland’s Damian Lewis and Sophie Okonedo as a husband and wife, shall we say, coming to terms with unorthodox marital differences.

Lewis and Okonedo sparkle together and there’s genuine chemistry in the air. The laughs are hearty and plentiful this is a play packed with life and humour, but the script feels somehow lightweight against the other Albee play being performed less than 100 yards away – Whose Afraid of Virginia Woolf.

Perhaps it’s unfair to compare any play with Whose Afraid of Virginia Woolf… it would be like comparing any number of very competent professional lower league footballers to Lionel Messi – simply not a fair match.

This is lively and genuinely funny play – it’s just unfortunate that is inevitably compared to the other Albee show on down the road, and for that reason I give it…